Wow! What a way to wake up with the end of an era…

Found out today that one of our favorite nostalgic television networks has been re branded by CraveTV. The Movie Network which ran from 1993 – 2018 was basically the Canadian version of HBO providing years of entertainment, movies and original programming. When moving back to Canada in 2002, it was an amazing set of channels providing access to some of the hottest movies at the time.

While there were other ways to see the latest movies like Pay Per View and Blockbuster Video, The Movie Network showcased new movies commercial free allowing families and friends to gather around and catch a film that they may have missed in the theater. Some of our fondest memories of films we watched on The Movie Network include The Lord Of The Rings: The Return Of The King, Star Wars Episode III: Revenge Of The Sith, The Legend Of Zorro, Loony Tunes: Back In Action among several others. Most of these films I watched at my grandmothers on a much older television.

The network had several themed channels that allowed different genres of movies to be shown. There were two main channels for new movies with the first being for premieres of the latest films, MFun which was focused on Family Features and Comedies, MExess focused on action oriented material along with some more “adult” programming late at night and finally MFest which was for more independent and foreign films. There was also The Movie Network Encore which aired many classic films that were a joy to watch for the first time and even again. This is where I watched the liked of Jaws: The Revenge for the first time and even getting to see King Kong VS Godzilla in widescreen for the first time after watching it on the old crappy Fullscreen VHS for so many years.

The Movie Network also had many original programs much like HBO. Hell some of HBO’s original series also aired on the network like The Sopranos and Rome. However for me, The Movie Network series I remember the most is the short lived Canadian stop motion series, The Wrong Coast, which satirized entertainment news programs like The Insider and most notably Entertainment Tonight, featuring two rivaled hosts with Debbie Sue Ashanti-Melendez and Jameson Burkwright voiced by Luke Skywalker himself, Mark Hamill. The show focused on Debbie and Jameson’s episodic hilarious hijinks while also reporting on the latest gossip and previews from Hollywood which would then cutaway to 2 to 3 minute long previews spoofing the latest movies with the likes of Mission Impossible 3 (which eventually did happen) Jurassic Park 5 (which was titled Dead Movie Star: Jurassic Park) and the extended edition of The Lord Of The Rings featuring Aragorn’s sword Nasil constantly talking. Many of these skits were the highlights of the show, including the life of a movie trailer narrator which is one of the funniest skits. Before the likes of Honest Trailers and even Robot Chicken, this show was the perfect satirical representation of the pop culture. Sadly the show didn’t last too long. It only aired for one season and has yet to be released on DVD and Blu Ray. The show alone I think is worth a revival or release by Shout Factory. 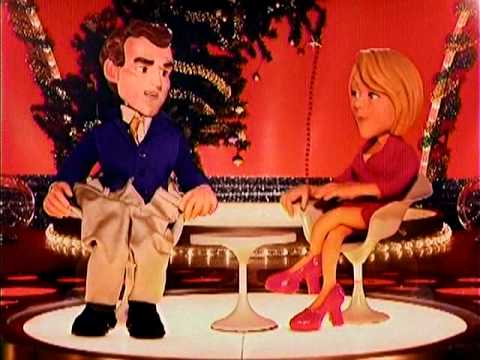 By the mid 2000s The Movie Network pulled in a new stopping point with The Movie Network On Demand, a channel program that allowed full controlled access to any movie you would want. Before the advent of Netflix, cable companies gave the option of watching movies and TV Shows anytime you wanted through their On Demand services. This was probably one of the key factors in the fall of the Video Rental chains at the time. But the service was honestly a nice feature in case you missed an aired programming.

To sum it up, The Movie Network was a place of fond memories were myself, friends and family were able to experience some of the latest movies and laugh with some great if not now obscure shows leaving a major impact on my teenage years. It was fun while it lasted and in some respects, it’s sad to see if go. While HBO and Crave TV take the same spot and show the same programming, just the title of it. The Movie Network. Sounds like a great place to be for any film goer.

You will be missed.